We found the following properties for Orkney 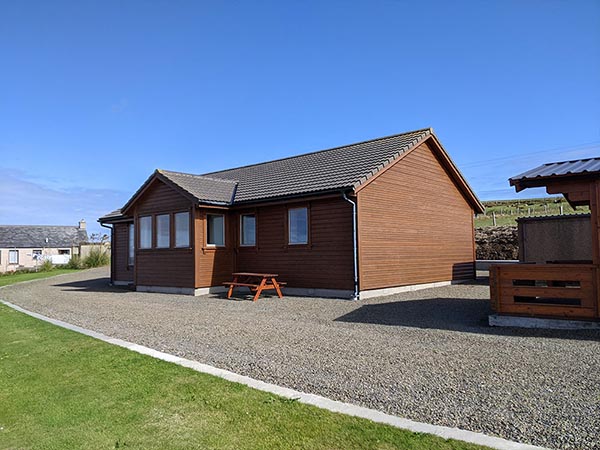 A modern, spacious and well insulated Norwegian built cottage in an exceptionally quiet and peaceful location on South Ronaldsay. With a 180 degree view of Scapa Flow and surrounded by beautiful countryside and breathtaking coastal walks, it's a perfect location to escape and 'recharge' your batteries. Built all on one level, this proper...more

West Shaird is situated on the west side of South Ronaldsay, Orkney. This beautiful, spacious and homely farmhouse overlooks Sandwick Bay, a 5 minute walk away. It is surrounded by the owner’s farmland and is ideal for those seeking comfort in a peaceful location.  The tranquility allows one to hear the wonderful bird songs throughout...more

Property owners, add your Orkney self catering rental to this list

Orkney, also known as the Orkney Islands, is an archipelago in the Northern Isles of Scotland, situated off the north coast of the island of Great Britain. Orkney is 10 miles (16 km) north of the coast of Caithness and has about 70 islands, of which 20 are inhabited. The largest island, Mainland, is often referred to as "the Mainland". In addition to the Mainland, most of the remaining islands are divided into two groups: The North Isles and the South Isles.

The Mainland
The Mainland is the largest island of Orkney. Both of Orkney's burghs, Kirkwall and Stromness, are on this island, which is also the heart of Orkney's transport system, with ferry and air connections to the other islands and to the outside world. The Mainland is split into areas called East and West Mainland. These areas are determined by whether they lie East or West of Kirkwall. The bulk of the mainland lies west of Kirkwall, with comparatively little land east of Kirkwall. West Mainland parishes are: Stromness, Sandwick, Birsay, Harray, Stenness, Orphir, Evie, Rendall and Firth. East Mainland Parishes are: St Ola, Tankerness, St Andrews, Holm and Deerness.
The island is mostly low-lying (especially East Mainland) but with coastal cliffs to the north and west and two sizeable lochs: the Loch of Harray and the Loch of Stenness. The Mainland contains the remnants of numerous Neolithic, Pictish and Viking constructions. Four of the main Neolithic sites are included in the Heart of Neolithic Orkney World Heritage Site, inscribed in 1999.

The North Isles
The most northerly is North Ronaldsay, which lies 2 miles (4 km) beyond its nearest neighbour, Sanday. To the west is Westray. It is connected by ferry and air to Papa Westray, also known as "Papay". Eday is at the centre of the North Isles. The centre of the island is moorland and has stunning scenery and is ideal for walking.
Rousay, Egilsay and Gairsay lie north of the west Mainland across the Eynhallow Sound. Rousay is well known for its ancient monuments, including the Quoyness chambered cairn and Egilsay has the ruins of the only round-towered church in Orkney. Wyre to the south-east contains the site of Cubbie Roo's castle. Stronsay and Papa Stronsay lie much further to the east across the Stronsay Firth. Shapinsay and its Balfour Castle are a short distance north of Kirkwall.

The South Isles
The southern group of islands surrounds Scapa Flow. Hoy, to the west, is the second largest of the Orkney Isles and Ward Hill at its northern end is the highest elevation in the archipelago. The Old Man of Hoy is a well-known seastack. Graemsay and Flotta are both linked by ferry to the Mainland and Hoy. South Walls has a 19th-century Martello tower and is connected to Hoy by the Ayre. Burray lies to the east of Scapa Flow and is linked by causeway to South Ronaldsay, which hosts the cultural events, the Festival of the Horse and the Boys' Ploughing Match on the third Saturday in August. South Ronaldsay, Burray, Glimps Holm, and Lamb Holm are connected by road to the Mainland by the Churchill Barriers.

The local people are known as Orcadians; they speak a distinctive dialect of the Scots language and have inherited a rich body of folklore. Orkney contains some of the oldest and best-preserved Neolithic sites in Europe and has an abundance of marine and avian wildlife.